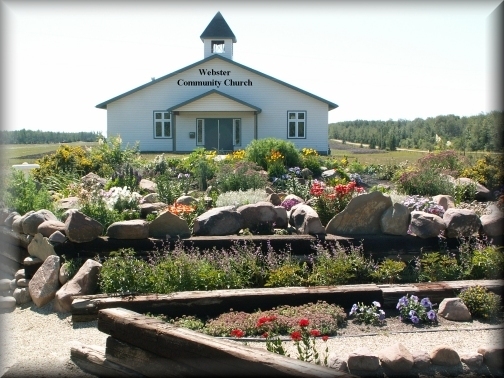 In 1995, a group of families and individuals in the Webster area wanted to have somewhere local to worship God, and so began our first public meetings at the Webster Hall.  Brian Burkhart, the pastor of McLaurin Baptist Church in Grande Prairie, was already living in the Webster area, and felt God call him to help this church get off the ground, and then to become its pastor. This call was confirmed by both the local people, and the church family at McLaurin.

After four years at the Webster Hall, 10 acres of land was donated, and plans were made to put up a building. In 2001 a group of 19 Germans came to give a hand, and in 2 weeks the 50' x 60' building with a full basement was completely closed in. Money came in almost daily for more supplies, so the church never went into debt.

In 2003 Webster became affiliated with the Canadian Baptists of Western Canada. The church has continued to grow, and is still looking for new ways to serve God and the Webster community.